34 teachers at the Saleem school in Jabalya in Northern Gaza participated in first-aid training from 11. January- 15. January 2016. The course was held by Palestinian gynaecologist and obstetrician Dr. Nashwa Skaik and Medical doctor Samar Sh, both from Shifa hospital in Gaza together with Norwegian medical doctor Hanne Heszlein-Lossius from Haraldsplass sykehus in Bergen, Norway. 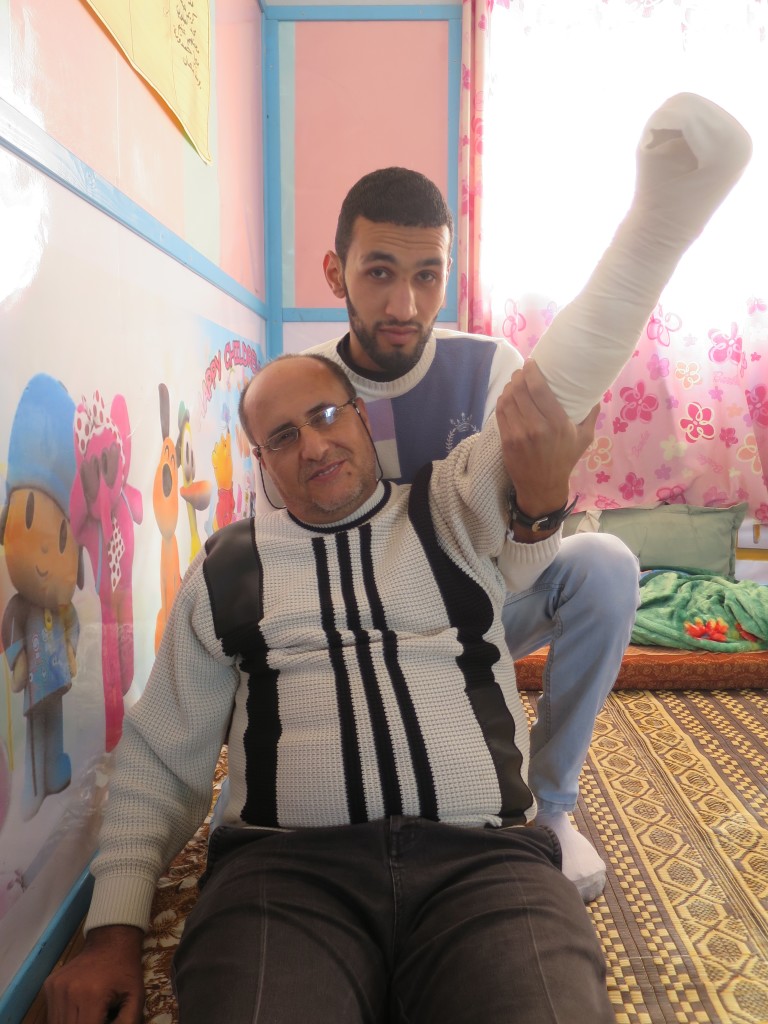 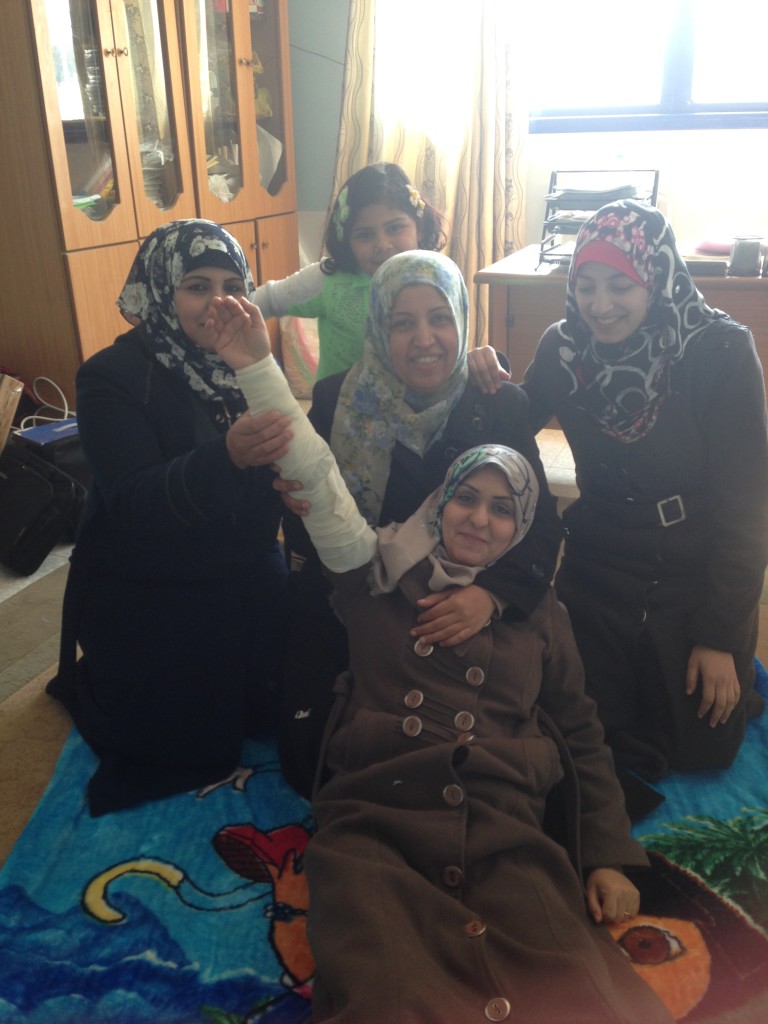 The course attendants received the same kind of training as Norwegians first-aid helpers and medical students does over a full two-day period of training. The teachers were divided into two smaller groups to get as much one to one contact with the instructors as possible. The main goal of this course was to assure that every participant would feel assure of their role and possibility to perform lifesaving first aid if faced in a situation of emergency.

Most of the participants had received information and teaching of basic life support in prior courses, but none of them had ever practised on how to actually perform different procedures.

The course was therefore divided into sessions with short lectures and as much practical training as possible. The main focus areas were basic life support such as airway control, CPR, initial examination of the unconciouss patient, recovery position. Half of the course was dedicated to learn the teachers bleeding control with elevation of bleeding limb, pressure points of the arteries, packing of wounds and the use of long elastic bandages. They were also taught how to perform these procedures on children.

During every training session at the school, the course participants had to practise on each other, performing CPR with compressions and rescue breaths. They also practised bleeding control on each other in different played scenarios. The feedback from the teachers were truly positive, all saying that the practical training gave them the tools and knowledge they need in an emergency in a very clear and new way. All of them were by the end of the training able to perform high quality of chest compressions, airway and breathing control. They were also encouraged to teach fellow family members and friends in their local communities to improve the general knowledge about first aid in their communities.

Former and large interventional studies from Iraq and Cambodia has shown that this kind of training drastically improves the chances for the patient to survive until he or she reaches hospital.

Videos used in the training were given to the participators together with a pdf format of the first aid book “save lives save limbs” by Husum et al. for them to continue their training after the course.

During the time of our training alone, there were in Gaza daily events of gunshots fired towards the Palestinian fishermen, and three persons were killed, while a dozen casualties were in need of hospital treatment. This reflects the gross need for this kind of training and intervention in the Gaza strip.